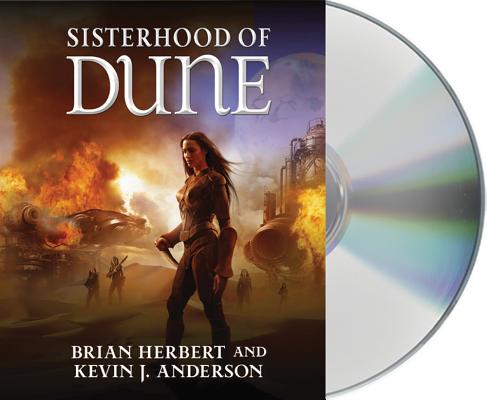 It is eighty-Three years after the last of the thinking machines were destroyed in the Battle of Corrin, after Faykan Butler took the name of Corrino and established himself as the first Emperor of a new Imperium. Great changes are brewing that will shape and twist all of humankind.

The war hero Vorian Atreides has turned his back on politics and Salusa Secundus. The descendants of Abulurd Harkonnen Griffen and Valya have sworn vengeance against Vor, blaming him for the downfall of their fortunes. Raquella Berto-Anirul has formed the Bene Gesserit School on the jungle planet Rossak as the first Reverend Mother. The descendants of Aurelius Venport and Norma Cenva have built Venport Holdings, using mutated, spice-saturated Navigators who fly precursors of Heighliners. Gilbertus Albans, the ward of the hated Erasmus, is teaching humans to become Mentats…and hiding an unbelievable secret.

The Butlerian movement, rabidly opposed to all forms of “dangerous technology,” is led by Manford Torondo and his devoted Swordmaster, Anari Idaho. And it is this group, so many decades after the defeat of the thinking machines, which begins to sweep across the known universe in mobs, millions strong, destroying everything in its path.

In Brian Herbert and Kevin J. Anderson's Sisterhood of Dune, every one of these characters, and all of these groups, will become enmeshed in the contest between Reason and Faith. All of them will be forced to choose sides in the inevitable crusade that could destroy humankind forever….

Brian Herbert, the son of Frank Herbert, is a multiple "New York Times "bestselling author in his own right. He is the winner of several literary honors and has been nominated for the Nebula award. His critically acclaimed science fiction novels include "Sidney's Comet, Sudanna Sudanna, The Race for God, " and "Man of Two Worlds" (written with Frank Herbert). Recently, he completed "Dreamer of Dune," a comprehensive biography of his illustrious father.

Kevin J. Anderson has written twenty-nine national bestsellers and has been nominated for the Nebula Award, the Bram Stoker Award, and the SFX Reader's Choice Award. His critically acclaimed original novels include "Captain Nemo, Hopscotch, " and "Hidden Empire." He also set the Guiness world record for "Largest Single-Author Book Signing." Scott Brick first began narrating audiobooks in 2000, and after recording almost 400 titles in five years, "AudioFile" magazine named Brick a Golden Voice and "one of the fastest-rising stars in the audiobook galaxy." He has read a number of titles in Frank Herbert's bestselling "Dune" series, and he won the 2003 Science Fiction Audie Award for "Dune: The Butlerian Jihad." Brick has narrated for many popular authors, including Michael Pollan, Joseph Finder, Tom Clancy, and Ayn Rand. He has also won over 40 "AudioFile" Earphones Awards and the "AudioFile" award for Best Voice in Mystery and Suspense 2011. In 2007, Brick was named "Publishers Weekly"'s Narrator of the Year.

“In his inimitable style, Brick draws upon his well-established characterizations to weave the threads of the plot and maintain interest and focus.” – AudioFile Magazine