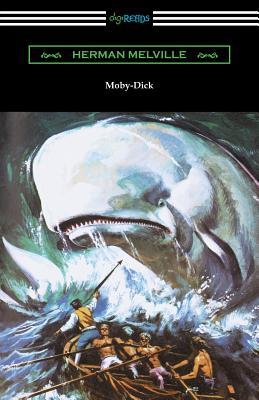 By Herman Melville, William S. Ament (Introduction by), Mead Schaeffer (Illustrator)
$17.54
NOT on our shelves now. Usually ships from warehouse in several days.

A renewed interest in "Moby-Dick" in the early 20th century would help to establish it as an outstanding work of Romanticism and the American Renaissance, firmly placing it amongst the greatest of all American novels. Based on the real life events depicted in the "Narrative of the Most Extraordinary and Distressing Shipwreck of the Whale-Ship Essex" and the legend of "Mocha Dick", an albino sperm whale whose killing is described in the May 1839 issue of "The Knickerbocker" magazine, it is the story of a wandering sailor by the name of Ishmael and his voyage aboard the whaling ship the "Pequod." Commanded by the monomaniacal Captain Ahab, a man who is obsessed with revenge against a white whale of enormous size and ferocity, the "Pequod" and its crew are tasked with the singular goal of the capture and killing of the whale, whatever the cost. "Moby-Dick" is a novel rich with symbolism, full of complex themes, whose composition defies convention. A commercial and critical failure during the author's lifetime, this classic whaling adventure would ultimately secure the literary legacy of Herman Melville. This edition is printed on premium acid-free paper, includes an introduction by William S. Ament, and is illustrated by Mead Schaeffer.