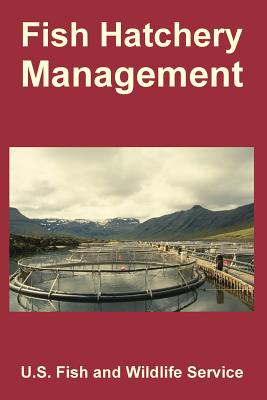 The format of Fish Hatchery Management is functional: hatchery requirements and operations; broodstock management and spawning; nutrition and feeding; fish health; fish transportation. We have tried to emphasize the principles of hatchery culture that are applicable to many species of fish, whether they are from warmwater, coolwater, or coldwater areas of the continent. Information about individual species is distributed through the text; with the aid of the Index, a hatchery manager can assemble detailed profiles of several species of particular interest. In the broad sense, fish culture as presented in Fish Hatchery Management encompasses not only the classical "hatchery" with troughs and raceways (intensive culture), but also pond culture (extensive culture), and cage and pen culture (which utilizes water areas previously considered inappropriate for rearing large numbers of fish in a captive environment). The coolwater species, such as northern pike, walleye, and the popular tiger muskie, traditionally were treated as warmwater species and were extensively reared in dirt ponds. These species now are being reared intensively with increasing success in facilities traditionally associated with salmonid (coldwater) species.