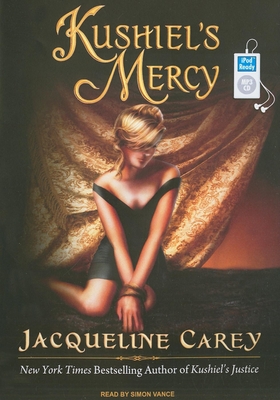 Having learned a lesson about thwarting the will of the gods, Imriel and Sidonie publicly confess their affair, only to see the country boil over in turmoil. Younger generations, infatuated by their heart-twisting, star-crossed romance, defend the couple. Many others cannot forget the betrayals of Imriel's mother, Melisande, who plunged their country into a bloody war that cost the lives of their fathers, brothers, and sons. To quell the unrest, Ysandre, the queen, sets her decree. She will not divide the lovers, yet neither will she acknowledge them. If they marry, Sidonie will be disinherited, losing her claim on the throne. There's only one way they can truly be together. Imriel must perform an act of faith: search the world for his infamous mother and bring her back to Terre d'Ange to be executed for treason. Facing a terrible choice, Imriel and Sidonie prepare ruefully for another long separation. But when a dark foreign force casts a shadow over Terre d'Ange and all the surrounding countries, their world is turned upside down, alliances of the unlikeliest kind are made, and Imriel and Sidonie learn that the god Elua always puts hearts together apurpose.

Jacqueline Carey is the author of "Godslayer," "Banewreaker," and the nationally bestselling Kushiel's Legacy series.

Simon Vance has recorded over four hundred audiobooks and has earned over twenty "AudioFile" Earphones Awards, including for his narration of "Scaramouche" by Rafael Sabatini. He is also the recipient of five coveted Audie Awards, including one for "The King's Speech" by Mark Logue and Peter Conradi, and he was named an "AudioFile" Best Voice of 2009.