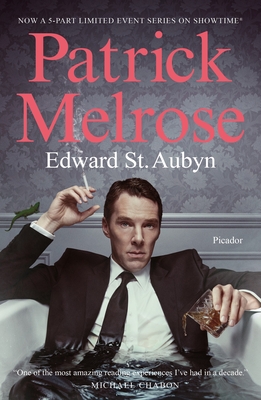 By Edward St. Aubyn
$20.00
ON HAND in at least ONE of our stores. Click through or call for up-to-the-minute availability.

Collected into one volume for the first time, all five installments of Edward St. Aubyn's celebrated Patrick Melrose novels

Edward St. Aubyn has penned one of the most acclaimed series of the decade with the Patrick Melrose Novels. Now you can read all five novels in one volume: Never Mind, Bad News, Mother's Milk, Some Hope, and At Last.

By turns harrowing and hilarious, this ambitious novel cycle dissects the English upper class. Edward St. Aubyn offers his reader the often darkly funny and self-loathing world of privilege as we follow Patrick Melrose's story of abuse, addiction, and recovery from the age of five into early middle age.

The Patrick Melrose Novels are "a memorable tour de force" (The New York Times Book Review) by one of "the most brilliant English novelists of his generation" (Alan Hollinghurst).

Edward St. Aubyn was born in London in 1960. He is the author of A Clue to the Exit and On the Edge; a series of novels about the Melrose family, including the trilogy Some Hope; and Mother’s Milk, which was shortlisted for the 2006 Man Booker Prize.

“Like Waugh, St. Aubyn writes with exquisite control and a brilliant comic touch…Patrick often seems like a Philip Roth hero transplanted into a world of English privilege…The Patrick Melrose Series forms an exhaustive study of cruelty: its varieties, its motivations, its consequences, its moral implications…At Last is an intelligent and surprising novel, a fitting conclusion to the one of the best fictional cycles in contemporary fiction.” —The Boston Globe

“Implausibly brilliant speech…The striking gap between, on the one hand, the elegant polish of the narration, the silver rustle of these exquisite sentences, the poised narrowness of the social satire and, on the other hand, the screaming pain of the family violence inflicted on Patrick makes these books some of the strangest of contemporary novels …This prose, whose repressed English control is admired by everyone from Alan Hollinghurst to Will Self, is drawn inexorably back to a fearful instability, to the nakedness of infancy.” —James Wood, The New Yorker

“Gorgeous, golden prose…St. Aubyn is utterly fearless when faced with the task of unpacking and anatomizing the inner lives of characters. No emotion is so subtle and fleeting he can't convey it, or so terrifying or shameful that he can't face it.” —Lev Grossman, Time

“I read the five Patrick Melrose novels in five days. When I finished, I read them again.” —Ann Patchett, The Guardian

“Why did it take me so long to fall in love with the brilliant novels of Edward St. Aubyn?” —Brett Easton Ellis

“The most brilliant English novelist of his generation.” —Alan Hollinghurst

“A smoldering portrait of a class largely banished from fiction.” —James Lasdun

“Dialogue as amusing as Waugh's and narrative even more deft than Graham Greene's.” —Edmund White

“One of the preeminent writers of his generation.” —Will Self