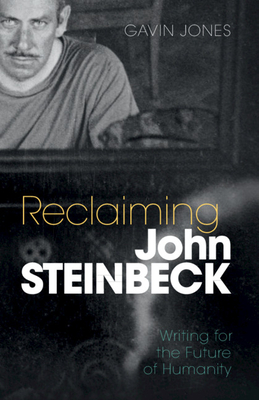 John Steinbeck is a towering figure in twentieth-century American literature; yet he remains one of our least understood writers. This major reevaluation of Steinbeck by Gavin Jones uncovers a timely thinker who confronted the fate of humanity as a species facing climate change, environmental crisis, and a growing divide between the powerful and the marginalized. Driven by insatiable curiosity, Steinbeck's work crossed a variety of borders - between the United States and the Global South, between human and nonhuman lifeforms, between science and the arts, and between literature and film - to explore the transformations in consciousness necessary for our survival on a precarious planet. Always seeking new forms to express his ecological and social vision of human interconnectedness and vulnerability, Steinbeck is a writer of urgent concern for the twenty-first century, even as he was haunted by the legacies of racism and injustice in the American West.