Thomas Jefferson and the Science of Republican Government: A Political Biography of Notes on the State of Virginia (Hardcover) 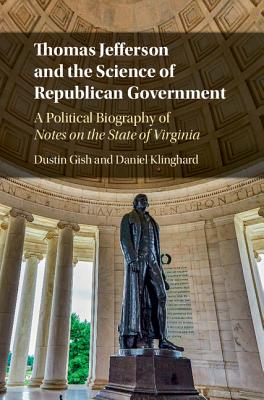 By Dustin Gish, Daniel Klinghard
$136.50
NOT on our shelves now. Usually ships from warehouse in several days.

This biography of Thomas Jefferson's Notes on the State of Virginia, his only published book, challenges conventional wisdom by demonstrating its core political thought as well as the political aspirations behind its composition, publication and initial dissemination. Building upon a close reading of the book's contents, Jefferson's correspondence and the first comprehensive examination of both its composition and publication history, the authors argue that Jefferson intended his Notes to be read by a wide audience, especially in America, in order to help shape constitutional debates in the critical period of the 1780s. Jefferson, through his determined publication and distribution of his Notes even while serving as American ambassador in Paris, thus brought his own constitutional and political thought into the public sphere - and at times into conflict with the writings of John Adams and James Madison, stimulating a debate over the proper form of Republican constitutionalism that still reverberates in American political thought.