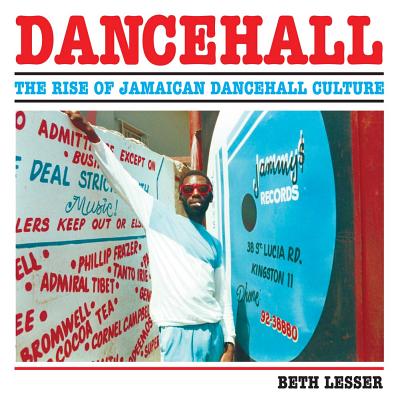 This definitive study of the 1980s Jamaican Dancehall scene features hundreds of exclusive photographs and an accompanying text that capture a vibrant, globally influential and yet rarely documented culture that has mixed music, fashion and lifestyle since its inception.

With unprecedented access to the incredibly exciting music scene during this period, Beth Lesser's photographs and text are a unique way into a previously hidden culture.

Dancehall is at the center of Jamaican musical and cultural life. From its roots in Kingston in the 1950s to its heyday in the 1980s, Dancehall has conquered the globe, spreading to the USA, UK, Canada, Japan, Europe and beyond.

This jam-packed visual history tells the story from its roots to its heights from the vantage of the true, respected insider. In the early 1980s, as Jamaica was in the throes of political and gang violence, Beth Lesser ventured where few others dared, and this book is a never-before-seen record of the exciting, dangerous world of Dancehall.