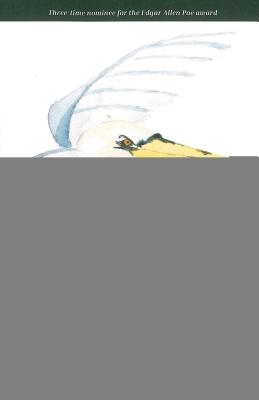 Fiction. A hit and run driver pinwheeled his daughter's car into the waters of Tomales Bay and his life is turned upside down. Then the sheriff's detective tells him he may have found the driver, a rich man who lives nearby. Fueled by his anger and an overwhelming desire for revenge, he plots ways to make his daughter's killer suffer and die. Like the predatory egret, he stalks his victim, waiting for the right moment to strike. Drowning in the sea, rattlesnakes and crude bombs are parts of his obsessive pursuit, leading to the inevitable violence of what he imagines to be the final strike of the egret's sharp beak. I was so engrossed by THE EGRET that I read it in one straight sitting. It's brilliant, concise, poetic, gritty and deceptively simple with all the dark undercurrents of anger and nostalgia.--Max Jourdan, London filmmaker In Russell Hill's THE EGRET, a grieving father wreaks vengeance on the hit-and-run driver who caused his daughter to die. This father, never named in the book, begins stalking the uber-rich and conscienceless Earl Anthony Winslow. As the tension escalates, so do the attempts on Winslow's life, moving up from a gunshot to a poisonous snake bite to a Molotov cocktail and even to a hastily assembled IED. Although the book is deadly serious, this escalation of violence is faintly reminiscent of Wile E Coyote's constant attempts to kill the Road Runner. Winslow somehow survives everything the grieving father throws at him, although several bystanders aren't as fortunate. The father sees himself as an egret: patient, and deadly. Finally confronting his daughter's killer, he says, 'There's a bird that is a stalker. It moves silently and when it finds the thing it wants to eat, it remains motionless until the thing is right where it wants it and then it strikes. Right now I have you right where l want you.' It isn't the final act of revenge itself that makes this 161 page novella so fascinating, it's the look deep inside the mind and soul of a man who compares himself to a bird...In this deftly handled novel, an egret delivers a lesson on how to kill.--Betty Webb, Mystery Scene magazine In his novella, THE EGRET, science fiction writer turns to realistic--all too realistic--fiction. In this suspense tale, Hill writes in a lean, mean prose style that I associate with some of my favorite writers, including those household names of fame, Chandler and Hemingway...I also admire Hill's use of a daring device--1st person POV, where it becomes ominously more and more clear the narrator, who has suffered what he believes is a terrible injustice, may not survive his obsession with revenge, that his elaborate plans to get even may end in ways he did not foresee.--Edward Harkness.