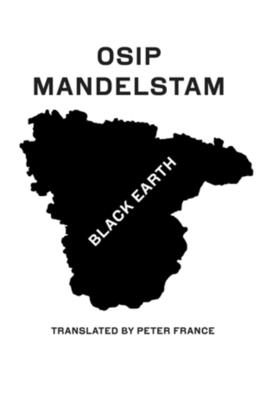 Osip Mandelstam has become an almost mythical figure of modern Russian poetry, his work treasured all over the world for its lyrical beauty and innovative, revolutionary engagement with the dark times of the Stalinist era. While he was exiled in the city of Voronezh, the black earth region of Russia, his work, as Joseph Brodsky wrote, developed into “a poetry of high velocity and exposed nerves, becoming more a song than ever before, not a bardlike but a birdlike song … something like a goldfinch tremolo.”

Peter France—who has been brilliantly translating Mandelstam’s work for decades—draws heavily from Mandelstam’s later poetry written in Voronezh, while also including poems across the whole arc of the poet’s tragically short life, from his early, symbolist work to the haunting elegies of old Petersburg to his defiant “Stalin poem.” A selection of Mandelstam’s prose irradiates the poetry with warmth and insight as he thinks back on his Petersburg childhood and contemplates his Jewish heritage, the sunlit qualities of Hellenism, Dante’s Tuscany, and the centrality of poetry in society.

Osip Emilyevich Mandelstam (1891–1938) was born in Warsaw and grew up in a Jewish family in St. Petersburg. After a nomadic life as a translator and writer of children’s books, marriage to Nadezhda Khazina, and exile, he was arrested, sentenced to hard labor, and died in eastern Siberia, leaving behind some of the most glorious poems and essays ever written.

Peter France  has published widely on French, Russian, and comparative literature, including the Oxford Guide to Literature in English Translation. New Directions publishes his translations of the Chuvash poet Gennady Aygi: Field-Russia and Child-And-Rose.

It seems almost impossible to pay adequate homage to the poetic genius and personal courage of Osip Mandelstam, manifested during a time in the Soviet Union of tyrannical repression and terror. These spirited and meticulous versions drawn from his poetry and prose, however, by the masterful translator Peter France, bring us considerably closer to achieving that goal. They attest to the extraordinary range and depth of Mandelstam’s complex artistic sensibility and intellect. Let us, simply enough, gratefully welcome them.
— Michael Palmer

Where Mandelstam the uprooted Jew and Mandelstam the would-be Hellene meet is in the attempt to wrest culture from disruption and to make a home from chaos.
— Clare Cavanagh - "Osip Mandelstam and the Modernist Creation of Tradition"

In Black Earth, Peter France has made all the right choices.....[His] approach has yielded outstanding results, conveying Mandelstam’s density with an elegance that brings pleasure from the whole, even before the reader fully digests the parts. Much of the future-oriented poetry of Mandelstam’s contemporaries now sounds hopelessly dated; Mandelstam’s poetry, meanwhile, flourished with the passage of time.

Black Earth brings me closer to Mandelstam the poet than to Mandelstam the mythic figure, and his “ancient language” is rendered into real contemporary poetry in English that succeeds in speaking eloquently to the inner eye and ear. This is all to the good.

In Peter France’s elegant translation, English readers can access not only Mandelstam’s formidable ideas and images but also something of his rhythm, rhyme and sound-play.... This book is a portrait of a life crushed by history. But it testifies, too, to the persistence of spirit.
— Alexander Wells - Exberliner

With Black Earth: Selected poems and prose, Peter France, a veteran translator of French and Russian, has provided the first edition that consistently reflects the sound, sense – and resistance to sense – of Mandelstam’s poems and lyric prose.