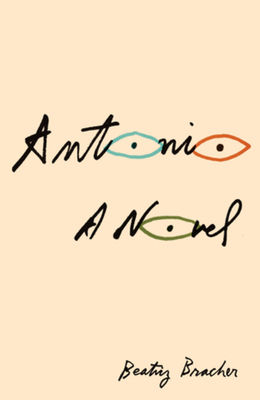 A brilliant, magisterial novel of family secrets simmering beneath the surface

Benjamin, on the verge of becoming a father, discovers a tragic family secret involving patrimony and determines to get to the root of. Those most immediately involved are all dead, but their three closest confidantes are still alive—Isabel, his grandmother; Haroldo, his grandfather’s friend; and Raul, his father’s friend—and each will tell him a different version of the facts.

By collecting these shards of memories, which offer personal glimpses into issues of class and politics in Brazil, Benjamin will piece together the painful puzzle of his family history. Like a Faulkner novel, Beatriz Bracher’s brilliant Antonioshows the expansiveness of past events and the complexity of untangling long-buried secrets.

Beatriz Bracher, born in Sao Paulo in 1961, grew up under the Brazilian military dictatorship. Her memories of that time intersect with the lives of people whose friends and lovers were tortured, exiled, and killed, as well as with those who did the killing. An editor, screenwriter, and the author of six books of fiction, Bracher has won three of Brazil’s most prestigious literary awards: the Clarice Lispector Prize, the Rio Prize, and the Sao Paulo Prize.

A writer and translator based in California, Adam Morris has translated novels by Hilda Hilst and Joao Gilberto Noll.

Accreting through cumulative and sometimes contradictory accounts of a crumbling São Paulo dynasty, this philosophical novel examines what people present and what they conceal, even from themselves....Bracher and translator Morris render a sophisticated, multifaceted portrait of a family that endures nevertheless through its decline and the prolonged fallout from the choices they made—or that were left them—through the lives they lived. An elegant and nuanced meditation on family, class, perception, illness, and death.
— Kirkus (starred review)

This spellbinding and surprising work announced Bracher as one of the most fascinating contemporary Brazilian writers.
— Publishers Weekly (starred review)

No one but Beatriz Bracher would be able to write a book like Antonio in Brazil today, because only she manages to write so intimately and forcefully, so ironically and bitterly, about the bourgeois upper class.

Praise for I Didn't Talk:  Brilliant, enigmatic, haunting, powerful; Bracher is a force to be reckoned with.

Above all, it's the writing that shines in I Didn't Talk. It's a novel that's intelligent but not showy, and Bracher's restraint makes the story all the more potent. And the story is an important one. I Didn't Talk isn't just about one emotionally bruised man; it's about the lasting effects of violence, and the way cruelty causes its victims to torture themselves.

As in her novel “I Didn’t Talk” (also elaborately translated by Morris), Bracher brilliantly picks away at the web of secrets and lies plaguing a family and country.
— Andersen Tepper - New York Times

Grief and distance have the power to turn memory into myth in Antonio, a masterpiece of storytelling that is slippery and prismatic, biting and cynical, and then, at last, gentle.
— Ally Findley - Harvard Review

Antonio feel[s] neither entirely like the work of a single author nor like a folk tale, propelling it into a liminal space that allows Bracher to address her real subject: the enduring violence, misogyny, and racism of Brazil’s hierarchical society.
— Kyle Paoletta - The Nation