Beauty Is a Wound (Paperback) 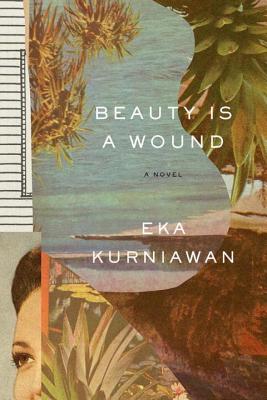 Beauty is a Wound opens with a woman twenty years dead clawing her way out of the grave. From there the novel manages to become even more memorable. Written by Indonesia's greatest living writer, this sweeping epic of love, lust, and war is peopled by an unforgettably colorful cast of characters. Kurniawan, who has two novels in translation being published this fall (by different publishers), is worthy of assuming the place left by Gabriel Garcia Marquez. He's that good.

Beauty Is a Wound astonishes from its opening line: One afternoon on a weekend in May, Dewi Ayu rose from her grave after being dead for twenty-one years....  Drawing on local sources—folk tales and the all-night shadow puppet plays, with their bawdy wit and epic scope—and inspired by Melville and Gogol, Kurniawan’s distinctive voice brings something luscious yet astringent to contemporary literature.

The internationally acclaimed author of Beauty Is a Wound and Man Tiger, Eka Kurniawan was born in West Java in 1975, the day that the little ex-Portuguese colony East Timor declared its sovereign independence.

An unforgettable, all-encompassing epic… Upon finishing the book, the reader will have the sense of encountering not just the history of Indonesia but its soul and spirit. This is an astounding, momentous book.
— Publishers Weekly (Starred Review)

Brash, worldly and wickedly funny, Eka Kurniawan may be South-East Asia’s most ambitious writer in a generation.
— The Economist

Without a doubt the most original, imaginatively profound, and elegant writer of fiction in Indonesia today: its brightest and most unexpected meteorite. Pramoedya Ananta Toer has found a successor.
— Benedict Anderson - The New Left Review

A vivacious translation of a comic but emotionally powerful Indonesian novel.
— PEN America

Kurniawan’s story of an undead woman had morphed into the story of modern Indonesia, an epic novel critics are more wont to compare to One Hundred Years of Solitude and The Canterbury Tales.

Kurniawan does not merely traffic skillfully in magic realism; his Halimunda — like García Márquez’s Macondo and Faulkner’s Yoknapatawpha County — lets him show how the currents of history catch, whirl, carry away and sometimes drown people.
— John Fasman - The New York Times

Both Man Tiger and Beauty Is a Wound constitute a retort from the present to the dark times, while also acknowledging that the dark times may not yet be over. Against the killings of those years and the collective amnesia used to blank out the fate of the victims—a kind of second death, as it were—Kurniawan’s fiction summons its legions of ghosts.

Gracefully translated by Annie Tucker, the writing is evocative and muscular, with particularly spicy descriptions and some good wry humor.
— Sarah Lyall - The New York Times

It’s an astonishing, polyphonic epic, a melange of satire, grotesquerie, and allegory that incorporates everything from world history to local folk talks.
— Phillip Pantuso - Brooklyn Magazine

An arresting portrait of Indonesia’s struggle for nationhood, delights in obscenity: no topic is spared from its bloodthirsty brand of satire.
— Gillian Terzis - The New Yorker

Refreshingly, Kurniawan puts value on literature as entertainment, and his books are certainly that.
— Deborah Smith - The Guardian