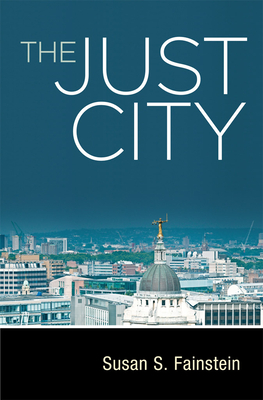 For much of the twentieth century improvement in the situation of disadvantaged communities was a focus for urban planning and policy. Yet over the past three decades the ideological triumph of neoliberalism has caused the allocation of spatial, political, economic, and financial resources to favor economic growth at the expense of wider social benefits. Susan Fainstein's concept of the just city encourages planners and policymakers to embrace a different approach to urban development. Her objective is to combine progressive city planners' earlier focus on equity and material well-being with considerations of diversity and participation so as to foster a better quality of urban life within the context of a global capitalist political economy.

Fainstein applies theoretical concepts about justice developed by contemporary philosophers to the concrete problems faced by urban planners and policymakers and argues that, despite structural obstacles, meaningful reform can be achieved at the local level. In the first half of The Just City, Fainstein draws on the work of John Rawls, Martha Nussbaum, Iris Marion Young, Nancy Fraser, and others to develop an approach to justice relevant to twenty-first-century cities, one that incorporates three central concepts: diversity, democracy, and equity. In the book's second half, Fainstein tests her ideas through case studies of New York, London, and Amsterdam by evaluating their postwar programs for housing and development in relation to the three norms. She concludes by identifying a set of specific criteria for urban planners and policymakers to consider when developing programs to assure greater justice in both the process of their formulation and their effects.

Susan S. Fainstein is Professor of Urban Planning in the Graduate School of Design at Harvard University. She is the author of The City Builders and coauthor of Restructuring the City and Urban Political Movements.