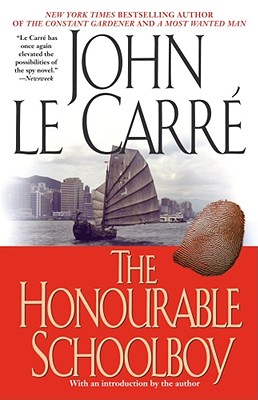 In this classic masterwork, le Carré expands upon his extraordinary vision of a secret world as George Smiley goes on the attack.

In the wake of a demoralizing infiltration by a Soviet double agent, Smiley has been made ringmaster of the Circus (aka the British Secret Service). Determined to restore the organization's health and reputation, and bent on revenge, Smiley thrusts his own handpicked operative into action. Jerry Westerby, "The Honourable Schoolboy," is dispatched to the Far East. A burial ground of French, British, and American colonial cultures, the region is a fabled testing ground of patriotic allegiances?and a new showdown is about to begin.