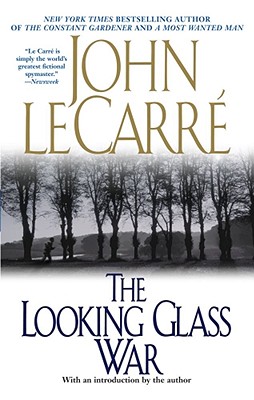 John le Carré's classic novels deftly navigate readers through the intricate shadow worlds of international espionage with unsurpassed skill and knowledge, and have earned him unprecedented worldwide acclaim. THE LOOKING GLASS WAR Once upon a time the distinction had been clear: the Circus handled all things political while the Department dealt with matters military. But over the years, power shifted and the Circus elbowed the Department out. Now, suddenly, the Department has a job on its hands. Evidence suggests Soviet missiles are being positioned close to the German border. Vital film is missing and a courier is dead. Lacking active agents, but possessed of an outdated mandate to proceed, the Department has to find an old hand to prove its mettle. Fred Leiser, German-speaking Pole turned Englishman -- once a qualified radio operator, now involved in the motor trade -- must be called back to the colors and sent East....

Financial Times (U.K.) A book of rare and great power.