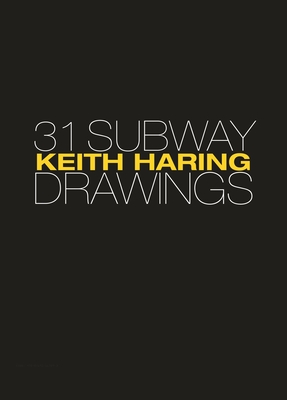 Celebrated artist Keith Haring (1958-1990) has been embraced by popular culture for his signature bold graphic line drawings of figures and forms. Like other graffiti artists in the 1980s, Haring found an empty canvas in the advertising panels scattered throughout New York City's subway system, where he communicated his socially conscious, often humorous messages on platforms and train cars. Over a five-year period, in an epic conquest of civic space, Haring produced a massive body of subway artwork that remains daunting in its scale and its impact on the public consciousness. Dedicated to the individuals who might encounter them and to the moments of their creation, Haring's drawings now exist solely in the form of documentary photographs and legend. Because they were not meant to be permanent--only briefly inhabiting blacked-out advertising boards before being covered up by ads or torn down by authorities or admirers--what little remains of this project is uniquely fugitive. Keith Haring: 31 Subway Drawings reproduces archival materials relating to this magnificent project alongside essays by leading Haring experts. Distributed for No More Rulers

Jeffrey Deitch has been involved with modern and contemporary art for nearly fifty years as an artist, writer, curator, dealer, and advisor. His books include Art in the Streets and Keith Haring. Carlo McCormick is a writer, critic, and curator. His books include City as Canvas and Trespass. Henry Geldzahler (1935-1994) was the head of American and Contemporary Art at the Metropolitan Museum of Art and was a major figure in the New York art scene during the second half of the twentieth century. His books include Art in Transit and Andy Warhol. Larry Warsh has been active in the art world for more than thirty years as a publisher and artist-collaborator. He is the editor of the continuing ISMs series, which includes titles by Jean-Michel Basquiat, Keith Haring, Futura, Virgil Abloh, Daniel Arsham, and Ai Weiwei (all Princeton).