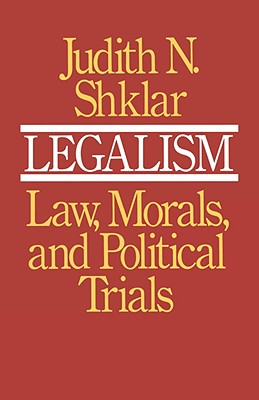 By Judith N. Shklar
Not available to order
NOT on our shelves now. Usually ships from warehouse in several days.

Legalism deals with the area between political theory and jurisprudence. Its aim is to bridge the intellectual gulf separating jurisprudence from other kinds of social theory by explaining why, in the view of historians and political theorists, legalism has fallen short in its approach to both morals and politics. Judith Shklar proposes that, instead of regarding law as a discrete entity resting upon a rigid system of definitions, legal theorists should treat it, along with morals and politics, as part of an all-inclusive social continuum.

The first part of the book examines law and morals and criticizes the approach to morals of both the analytical positivists and the natural law theorists. The second part, on law and politics, deals with legalism as a political ideology that comes into conflict with other policies, particularly during political trials.

Incisively and stylishly written, the book constitutes an open challenge to reconsider the fundamental question of the relationship of law to society.