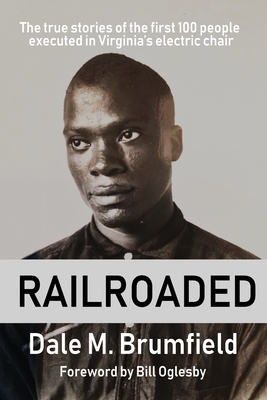 In 1908, at the height of Jim Crow, Virginia switched from public hanging at local gallows to the electric chair in the basement of the State Penitentiary in Richmond. The change was as much a victory for progressive reformers, who desired a more humane form of capital punishment, as for segregationists, who wanted to stop large crowds of Blacks from congregating and praying in public, and prevent condemned prisoners from being considered martyrs on their way to "the promised land." Simply, it put White males more in control over the lives - and now deaths - of Black citizens.

Virginia used the electric chair as a form of legal lynching, railroading mostly young, Black males through mob accusations, minutes-long sham trials, convictions and speedy electrocutions, sometimes with no legal counsel and for such nonsense crimes as scaring a white school girl. With the execution process now a secret, however, the Legislature and the Richmond press agreed that capital punishment and lynching began serving the same purpose -- "to inspire terror in the heart of the superstitious African."

These are the true stories of the first 99 men and one woman executed in Virginia's brand new electric chair.