South End: Sport and Community at the Dock of the Bay (Hardcover) 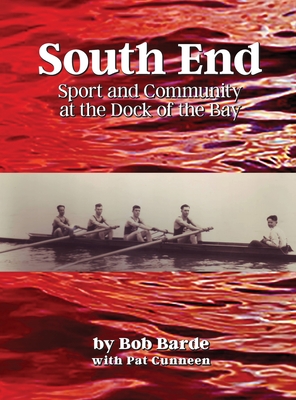 By Robert Eric Barde, Patrick F. Cunneen
$60.00
ON HAND in at least ONE of our stores. Click through or call for up-to-the-minute availability.
(This book cannot be returned nor exchanged.)

South End: Sport and Community at the Dock of the Bay is a comprehensive history of the South End Rowing Club. Established in San Francisco in 1873, the South End is the oldest rowing club west of the Mississippi and one of San Francisco's oldest sporting and social institutions. Its history mirrors much of the past of the city itself.

The history of this iconic part of San Francisco's waterfront begins with the an exploration of the city's social and sporting milieu in the early post-Gold Rush days, then goes on to cover the entire history of the South End from its founding to the present (2018). In addition to tracing the Club's movements from the south end of San Francisco to the fringe of North Beach, separate chapters are devoted to such topics as the gender integration of the Club, its rivalrous relationship with the neighboring Dolphin Club, the transformations of the clubhouse building itself, and the mainstay sports of rowing, swimming, handball and running. Along the way South End investigates how the Club has built the strong community that has enabled it to survive for nearly a century and a half as a working-class club, rather an outpost for the rich and famous.

-The authors are Bob Barde and Pat Cunneen, both South End members. Barde is a published historian who worked at UC Berkeley, and Cunneen has been the Club's de facto historian since the invention of movable type.