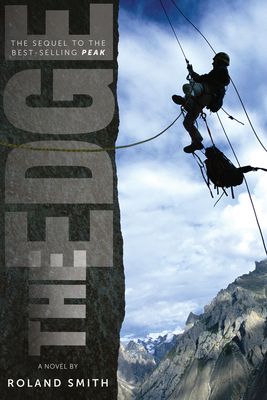 Fans of the bestselling Peak will be thrilled with this gripping, high-stakes climbing adventure.

The International Peace Ascent is the brainchild of billionaire Sebastian Plank: Recruit a global team of young climbers and film an inspiring, world-uniting documentary.

The adventure begins when fifteen-year-old Peak Marcello and his mountaineer mother are helicoptered to a remote base camp in the Hindu Kush Mountains on the Afghanistan-Pakistan border. When the camp is attacked and his mother taken, Peak has no choice but to track down the perpetrators to try to save her.

This thrilling teen climbing adventure is "the perfect antidote for kids who think books are boring" (Publishers Weekly starred review for Peak).

New York Times best-selling author Roland Smith is the author of nearly thirty young adult novels including Peak, The Edge, Beneath, Above, Sasquatch, Elephant Run, Zach’s Lie, Shatterproof (39 Clues), the Cryptid Hunters series, the I, Q series, and the Storm Runner series. His novels have garnered dozens of state and national book awards. He lives in Arkansas.

"Readers familiar with the first book and newcomers alike will enjoy this trek." —Publishers Weekly   "Extreme sports meets ruthless killers in a survival-of-the-fittest chase." —School Library Journal   "This sequel easily stands by itself, though readers new to Peak's world are likely to be so enthralled by the mountain-climbing action that they will go back to the previous book to tackle Everest with Peak as well." —Horn Book Magazine —