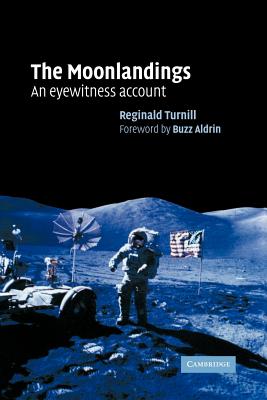 The Soviet-American race to land the first man on the Moon was a technical challenge unlike anything in modern human history. BBC Aerospace Correspondent Reginald Turnill covered the story, and his reports were heard and seen by millions worldwide. With unparalleled access to the politicians, scientists, and technicians involved in the race to the Moon, Turnill knew all the early astronauts--Alan Shepard, John Glenn, Neil Armstrong, Buzz Aldrin--as they pioneered the techniques that made the Moon landings possible. He became a friend of Dr. Wernher von Braun, the German rocket pioneer and mastermind behind the technology. Turnill's unique eyewitness account of one of the most thrilling adventures of the twentieth century is clearly written and is packed with action and drama, making this a fascinating read for all those interested in the story of the race to the Moon. Reginald Turnill started work in Fleet Street at the age of 15, and by 19 he was covering the national news as a Press Association staff reporter. After joining the BBC in 1956 he covered the launch of Sputnik 1 and found it so exciting that he made space reporting his speciality. As the BBC Aerospace Correspondent, Turnill spent the rest of his career covering all the manned space missions as well as planetary missions like Mariner, Pioneer, Viking, and Voyager. Since leaving the BBC staff, Turnill has continued to broadcast and write on space, and he created the first spaceflight directory. Turnill is the only non-American to have been presented with NASA's Chroniclers Award for contributions to public understanding of the space program.