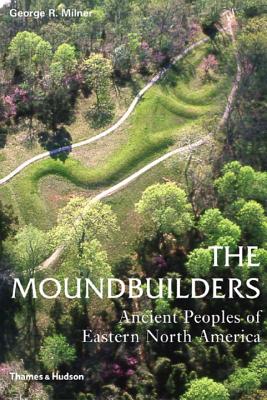 Nineteenth-century explorers of the American continent were amazed to find great monuments built of earth in the Eastern Woodlands.

Thousands of these mounds were discovered in the plains and forestssome up to a hundred feet high, some overgrown hillocks, some conical, others flat-topped. Speculation was rife as to the identity of the moundbuilders.

As George Milner shows, research over the past century demonstrates conclusively that Native Americans built these mounds. In a period ranging from 3000 BC to the sixteenth century AD, North American Indians quarried tons of earth to form the monuments, which vary widely in location, size, and purpose. Some contained thousands of burials, others served as platforms for chiefs' residences, and many were low-lying "effigy" mounds in the form of serpents, panthers, and other sacred beasts. Moundbuilding was a key element in society—how people worshiped gods, buried the dead, remembered their ancestors, and respected their leaders—and many beautiful objects have been found inside the mounds, including artifacts of shell, copper, and mica.

The Moundbuilders covers the entire sweep of Eastern Woodlands prehistory, with an emphasis on how societies developed from hunter-gatherers to village farmers and town-dwellers. Great strides have been made in recent research, and many of the most impressive mounds, such as Poverty Point, Cahokia, and Moundville, are described and discussed in detail. This wide-ranging and copiously illustrated book, complete with information on dozens of sites to visit, is the perfect guide to the region for tourists, archaeologists, and students.

George R. Milner is a professor of anthropology at Pennsylvania State University, specializing in the history of eastern North America and human osteology. His previous books include The Cahokia Chiefdom and In the Wake of Contact.