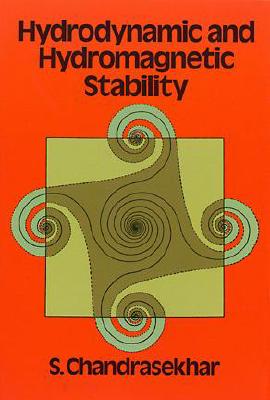 Dr. Chandrasekhar's book received high praise when it first appeared in 1961 as part of Oxford University Press' International Series of Monographs on Physics. Since then it has been reprinted numerous times in its expensive hardcover format. This first lower-priced, sturdy paperback edition will be welcomed by graduate physics students and scientists familiar with Dr. Chandrasekhar's work, particularly in light of the resurgence of interest in the Rayleigh-B nard problem.
This book presents a most lucid introduction to the Rayleigh-B nard problem: it has also been applauded for its thorough, clear coverage of the theory of instabilities causing convection.
Dr. Chandrasekhar considers most of the typical problems in hydromagnetic stability, with the exception of viscous shear flow; a specialized domain deserving a book unto itself. Contents include: Rotation; Stability of More General Flows; B nard Problem; Gravitational Equilibrium and Instability; Stability of a Magnetic Field; Thermal Instability of a Layer of Fluid heated from Below; Rayleigh-Taylor Instability; Kelvin-Helmholtz Instability; and Onset of Thermal Instability in Fluid Spheres and Spherical Shells.
Each chapter is accompanied by a section of bibliographical notes: indexes locating definitions and theorems are also provided. Graduate students in theoretical and experimental physics, as well as physicists in diverse fields, will immediately remark upon the clear exposition, and be glad this book is now so readily available.

Subrahmanyan Chandrasekhar: A Shining Star The great Indian astrophysicist Subrahmanyan Chandrasekhar (1910-1995), recipient of the Nobel Prize in Physics in 1983 for his work on the later evolutionary stages of massive stars, was not only the author of several books reprinted by Dover over many years, but a frequent and highly valued reviewer of titles in his field during the 1970s and 1980s. Chandrasekhar's books, published by Dover, are: An Introduction to the Theory of Stellar Structure, 1967; Hydrodynamic and Hydromagnetic Stability, 1981; Principles of Stellar Dynamics, 2005; Ellipsoidal Figures of Equilibrium, 1987; and Radiative Transfer, 1960. For those concerned with the distant future ― the really distant future ― Chandrasekhar's name will always be associated with the Chandrasekhar Limit, the figure of 1.44 solar masses, the minimal mass above which a dying star will collapse into a black hole following a supernova. People on Earth need not be bothered anticipating such drama: for us, when the sun dies, the lights will just go out. In astrophysical terms, our sun will at that point be a stable white dwarf. Critical Acclaim for Subrahmanyan Chandrasekhar: Any new fact or insight that I may have found has not seemed to me as a 'discovery' of mine, but rather something that had always been there and that I had chanced to pick up. I discovered true mathematical elegance from Subrahmanyan Chandrasekhar. ― Carl Sagan