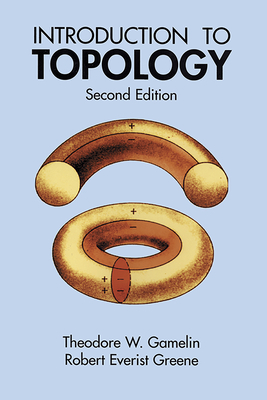 By Theodore W. Gamelin, Robert Everist Greene, Mathematics
$16.95
NOT on our shelves now. Usually ships from warehouse in several days.

One of the most important milestones in mathematics in the twentieth century was the development of topology as an independent field of study and the subsequent systematic application of topological ideas to other fields of mathematics.
While there are many other works on introductory topology, this volume employs a methodology somewhat different from other texts. Metric space and point-set topology material is treated in the first two chapters; algebraic topological material in the remaining two. The authors lead readers through a number of nontrivial applications of metric space topology to analysis, clearly establishing the relevance of topology to analysis. Second, the treatment of topics from elementary algebraic topology concentrates on results with concrete geometric meaning and presents relatively little algebraic formalism; at the same time, this treatment provides proof of some highly nontrivial results. By presenting homotopy theory without considering homology theory, important applications become immediately evident without the necessity of a large formal program.
Prerequisites are familiarity with real numbers and some basic set theory. Carefully chosen exercises are integrated into the text (the authors have provided solutions to selected exercises for the Dover edition), while a list of notations and bibliographical references appear at the end of the book.