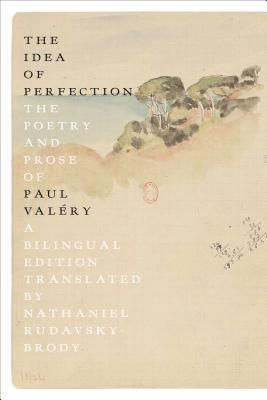 One of the major figures of twentieth-century French literature, Paul Valéry was born in 1871. After a promising debut as a young symbolist in Mallarmé’s circle, Valéry withdrew from public view for almost twenty years, and was almost forgotten by 1917 when the publication of the long poem La Jeune Parque made him an instant celebrity. He was best known in his day for his small output of highly polished lyric poetry, and posthumously for the 27,000 pages of his Notebooks. He died in 1945.

Nathaniel Rudavsky-Brody was born in Columbus, Ohio. He has translated the work of French and Belgian poets, including Benjamin Fondane, for which he was awarded the Susan Sontag Prize for Translation. He is the author of two volumes of poetry in French and one in English, and has worked as a typesetter, a programmer, and a private tutor.

“Taken together, the prose and verse configure Valéry as a writer and thinker tipped into the new century, which picked up speed with Futurism and Dada . . . Valéry was a poet who came close to neoclassical perfection, as well as a modern thinker who understood how elusive perfection would always remain.” —Allan Graubard, Los Angeles Review of Books

“Nathaniel Rudavsky-Brody’s new selection of Valéry’s poems is welcome indeed. His translations are fresher than any previous English versions . . . The beauty and power of [Valéry’s] best writing is undeniable, and the human dilemmas his work addresses—mortality, embodiment, the longing for perfection—remain with us.” —Mark Scroggins, Hyperallergic

"[Rudavsky-Brody] has made newly available, in assiduously balanced and nuanced translations, all the significant poems of this now overlooked titan of French letters, and along with them, rousing extracts from Valéry’s extraordinary, posthumously published notebooks . . . Valéry’s literary legacy may be like the Roman mosaic recently discovered beneath an Italian vineyard, culturally defining but not presently alive. But the relation of his Notebooks to his published work is more like that of the vineyard’s root system to its vines: they underpin and allow—they create, in fact—everything of which Valéry’s reputation consists." —Claire Messud, The New York Review of Books

“FSG’s handsome bilingual edition of Paul Valéry . . . intersperses the major poems with passages from the notebooks – a smart way of staging Valéry’s dissatisfaction with received form, while drawing attention to his repetitive, heartbreaking obsession with lost futures.” —Hannah Sullivan, The Times Literary Supplement

“Rudavsky-Brody’s version of Valéry brings the work closer to our age and thus, to our ears. [It] manages to hold on to the incantatory sense of the French.” —Sean Nam, The Dublin Review of Books

"The passages from the notebooks were a revelation . . . A fascinating introduction to a major poet in his selection of work." –Edmund Prestwich, The Manchester Review