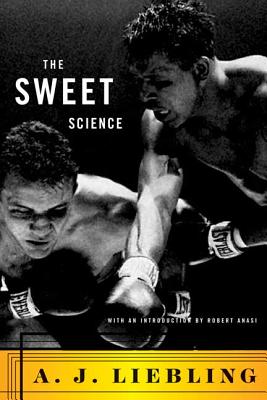 By A. J. Liebling, Robert Anasi (Foreword by)
$17.00
NOT on our shelves now. Usually ships from warehouse in several days.

A.J. Liebling's classic New Yorker pieces on the "sweet science of bruising" bring vividly to life the boxing world as it once was. It depicts the great events of boxing's American heyday: Sugar Ray Robinson's dramatic comeback, Rocky Marciano's rise to prominence, Joe Louis's unfortunate decline. Liebling never fails to find the human story behind the fight, and he evokes the atmosphere in the arena as distinctly as he does the goings-on in the ring--a combination that prompted Sports Illustrated to name The Sweet Science the best American sports book of all time.

Robert Anasi is the author of The Gloves: A Boxing Chronicle (North Point Press, 2002). His work has appeared in many publications, including The New York Times, The Times Literary Supplement, The Virginia Quarterly Review, The New York Observer, Salon, and Publishers Weekly. He teaches literary journalism at the University of California, Irvine, where he is a Schaeffer and Chancellor’s Club fellow. He is also a founding editor of the literary journal Entasis.