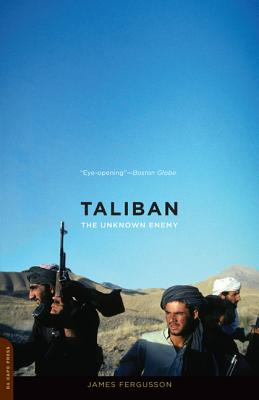 From a small group of religious students formed in 1994, the Taliban quickly grew into a national movement that occupied all of Afghanistan. Led by the mysterious Mullah Omar, the group established a theocracy based on strict observance of Sharia law. When the Americans overthrew the Taliban in 2001, the United States thought the regime had been defeated. Yet today, nine years later, the Taliban continue to wage a bloody insurgency.

In this extraordinary and compelling account of the rise, fall, and return of the Taliban, author James Fergusson, who has unique access to its shadowy leaders, presents the reality of themovement so often mischaracterized in the press. His surprising and, perhaps, uncomfortable conclusions about our current strategy in Afghanistan should be required reading for anyone who wishes to understand this intractable conflict.

James Fergusson is a freelance journalist and foreign correspondent who has written for many publications, including The Times of London and The Economist. He is the author of Taliban: The Unknown Enemy and the award-winning A Million Bullets. He lives in Edinburgh.