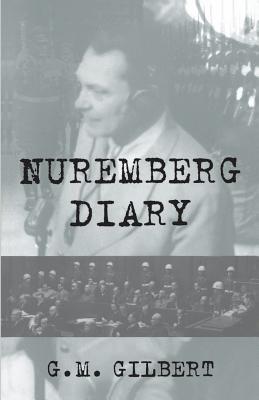 In August 1945 Great Britain, France, the USSR, and the United States established a tribunal at Nuremberg to try military and civilian leaders of the Nazi regime. G. M. Gilbert, the prison psychologist, had an unrivaled firsthand opportunity to watch and question the Nazi war criminals. With scientific dispassion he encouraged Göering, Speer, Hess, Ribbentrop, Frank, Jodl, Keitel, Streicher, and the others to reveal their innermost thoughts. In the process Gilbert exposed what motivated them to create the distorted Aryan utopia and the nightmarish worlds of Auschwitz, Dachau, and Buchenwald. Here are their day-to-day reactions to the trial proceedings; their off-the-record opinions of Hitler, the Third Reich, and each other; their views on slave labor, death camps, and the Jews; their testimony, feuds, and desperate maneuverings to dissociate themselves from the Third Reich's defeat and Nazi guilt. Dr. Gilbert's thorough knowledge of German, deliberately informal approach, and complete freedom of access at all times to the defendants give his spellbinding, chilling study an intimacy and insight that remains unequaled.

G. M. Gilbert was the prison psychologist before and during the Nuremberg trial and is the author of The Psychology of Dictatorship.