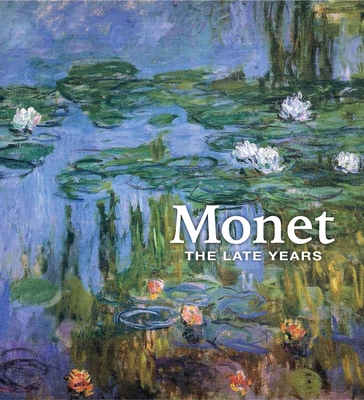 In the later years of his life, Claude Monet (1840–1926) stayed close to home, turning to his extraordinary garden at Giverny for inspiration. The garden became a laboratory for the artist’s concentrated study of natural phenomena—and for a revolutionary shift in the appearance and execution of his paintings. This beautiful publication examines the last phase of Monet’s career, beginning in 1913, bringing together approximately 60 of his greatest works from this period. More specifically, Monet: The Late Years focuses on the series that Monet invented and reinvented at Giverny, reevaluating many large-scale works that have long been considered preparatory studies, reexamining their relationship to and status as finished works. Essays by a roster of distinguished scholars address topics such as Monet’s plans for displaying his late paintings, the mechanics of his painting technique, and the critical and market reception of these works. Through this visually stunning reassessment, Monet’s late works, still astonishing a century later, recast the titan of Impressionism as a radical modern painter.

George T. M. Shackelford is deputy director and Claire M. Barry is director of conservation, both at the Kimbell Art Museum, Fort Worth. Simon Kelly is curator of modern and contemporary art at the Saint Louis Art Museum. Emma Cauvin is a PhD candidate at Sorbonne University, Paris. Marianne Mathieu is senior curator at the Musée Marmottan Monet, Paris.