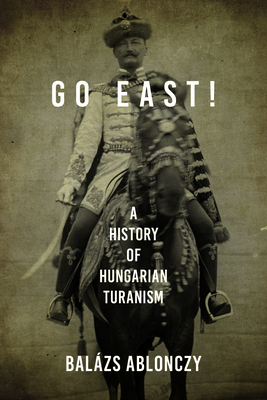 For more than two centuries, Hungarians believed they shared an ethnic link with people of Japanese, Bulgarian, Estonian, Finnish, and Turkic descent. Known as Turanism, this ideology impacts Hungarian politics, science, and cultural and ethnic identity even today.

In Go East : A History of Hungarian Turanism, Bal zs Ablonczy examines the rise of Hungarian Turanism and its lasting effect on the country's history. Turanism arose from the collapse of the Kingdom of Hungary, when the nation's intellectuals began to question Hungary's place in the Western world. The influence of this ideology reached its peak during World War I, when Turanian societies funded research, economic missions, and geographical expeditions. Ablonczy traces Turanism from its foundations through its radicalization in the interwar period, its survival in emigrant circles, and its resurgence during the economic crisis of 2008. Turanian notions can be seen today in the rise of the extreme right-wing party Jobbik and in Hungarian prime minister Viktor Orban's party Fidesz.

Go East provides fresh insight into Turanism's key political and artistic influences in Hungary and illuminates the mark it has left on history.