The Life and Death of Ancient Cities: A Natural History (Hardcover) 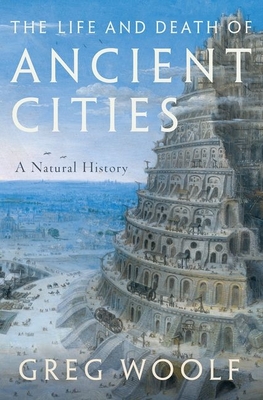 By Greg Woolf
$34.95
ON HAND in at least ONE of our stores. Click through or call for up-to-the-minute availability.

The dramatic story of the rise and collapse of Europe's first great urban experiment The growth of cities around the world in the last two centuries is the greatest episode in our urban history, but it is not the first. Three thousand years ago most of the Mediterranean basin was a world of villages; a world without money or writing, without temples for the gods or palaces for the
mighty. Over the centuries that followed, however, cities appeared in many places around the Inland Sea, built by Greeks and Romans, and also by Etruscans and Phoenicians, Tartessians and Lycians, and many others. Most were tiny by modern standards, but they were the building blocks of all the
states and empires of antiquity. The greatest--Athens and Corinth, Syracuse and Marseilles, Alexandria and Ephesus, Persepolis and Carthage, Rome and Byzantium--became the powerhouses of successive ancient societies, not just political centers but also the places where ancient art and literatures
were created and accumulated. And then, half way through the first millennium, most withered away, leaving behind ruins that have fascinated so many who came after. Based on the most recent historical and archaeological evidence, The Life and Death of Ancient Cities provides a sweeping narrative of one of the world's first great urban experiments, from Bronze Age origins to the demise of cities in late antiquity. Greg Woolf chronicles the history of the ancient
Mediterranean city, against the background of wider patterns of human evolution, and of the unforgiving environment in which they were built. Richly illustrated, the book vividly brings to life the abandoned remains of our ancient urban ancestors and serves as a stark reminder of the fragility of
even the mightiest of cities.

Greg Woolf is the Director of the Institute of Classical Studies, School of Advanced Study, at the University of London and author of Rome: An Empire's Story and Et Tu Brut� The Murder of Caesar and Political Assassination.