Theatre of the Mind (Paperback) 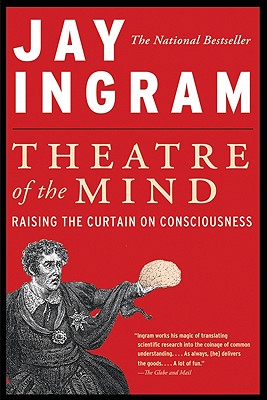 Theatre of the Mind is a captivating look at consciousness that explores the most recent and controversial research on the brain. Author Jay Ingram, co-host and producer of the Discovery Channel’s award-winning Daily Planet, gives us popular science at its best, ushering us into the Theatre of the Mind for a fascinating look at how we think and how various cultures consider consciousness.

JAY INGRAM was the host of Discovery Channel Canada’s Daily Planet from the first episode until June 2011. Prior to joining Discovery, Ingram hosted CBC Radio’s national science show Quirks & Quarks. He has received the Sandford Fleming Award from the Royal Canadian Institute, the Royal Society’s McNeil Medal for the Public Awareness of Science and the Michael Smith Award from the Natural Sciences and Engineering Research Council. He is a distinguished alumnus of the University of Alberta, has received five honorary doctorates and is a member of the Order of Canada. He has written twelve books, including Theatre of the Mind and Fatal Flaws.