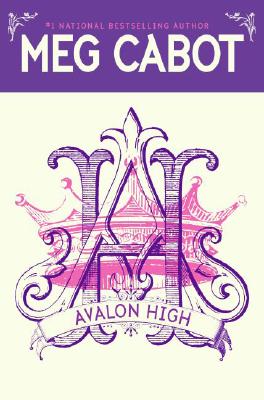 This New York Times bestselling hit from Meg Cabot mixes the wit of the Princess Diaries with a supernatural twist on the Arthurian legend.

Ellie’s thrilled to meet Will, the star football player whose popularity at her new school is almost legendary. Yet as she gets to know Will better, Ellie starts to uncover some strange things about him. And the school. And even herself. Ellie doesn’t think much of déjà vu, but she just can’t shake the haunting feeling that, somehow, this has all happened before…

A long-ago legend comes to new life in this tale of a love triangle, a medieval sword, and a totally awesome pool raft in this stand-alone novel from the New York Times bestselling author of The Princess Diaries.

Meg Cabot’s many books for both adults and tweens/teens have included multiple global and #1 New York Times bestsellers, selling over twenty-five million copies worldwide. Her Princess Diaries series has been published in more than 38 countries and was made into several hit films by Disney. Meg is still waiting for her real parents, the king and queen, to restore her to her rightful throne. She currently lives in Key West, FL, with her husband and various cats.